Skillets and frying pans are used for different cooking methods, A skillet pan is used to braise sauces, cook vegetables, bake, roast or even broil, A frying pan is used to shallow fry, sear meats, brown foods, sautéing and even stir frying.

Skillets and frying pans are different shapes and made from different materials which changes the cooking techniques that they are good for.

📚 What is a skillet?

A skillet is a cooking utensil used for frying, sautéing, grilling, or searing. It consists of a metal surface with short sides around the bottom and curved sides with handles on top. The flat cooking surface allows the user to cook on both sides of food simultaneously. Skillets have been found in archaeological sites from as early as 5000 BC. They were commonly cast iron or occasionally bronze before technology advanced enough to produce other metals in quantity, often as thin sheets or rolled into tubes without seams for greater strength and flexibility.

The word “skillet” is also used colloquially to refer to an electric frying pan that can work either wet or dry using electrical resistance heating elements (aluminium foil). It is also used to describe a shallow open-topped metal pan used for cooking food over a campfire, with the campfire below and the campskillet above.

🥘 Best foods to cook in skillets

A skillet is primarily used for cooking foods such as:

So it’s important to take the material of the skillet into account. Generally, cast iron is the best material for skillets, as it’s traits are more suited for foods that are cooked in skillets.

A frying pan is a cooking utensil used for sautéing, pan frying, shallow frying or stir frying. It consists of a flat cooking surface with short sides; a handle on each end. Although there is not a formal definition for the term “frying pan”, it is usually defined as having flat sides and rounded ends, sometimes with handles. Flat-bottomed pans are common for sautéing or stir-frying because they are stable enough not to tip over when being used in this manner.

A frying pan is primarily used for cooking foods such as:

💥 The differences in traits between a skillet and a frying pan

When it comes to a skillet versus a frying pan, they look the same, however the minute differences have a big effect on cooking.

❤️Conclusion about Skillets versus Frying Pans

Whilst skillets and frying pans share a lot in common in terms of their shapes, they are used to cook different foods.

The foods they are good to cook for, are also dependant on the materials they are made with.

If you are really wanting to take your cooking to the next level, learning the differences between a skillet and a frying pan is a crucial step.

That being said, if you are a beginner cook, you can you skillets and frying pans interchangeably for recipes.

Welcome to Kitchenoa. My website is dedicated to providing educational articles about cookware and cooking equipment with a sprinkle of food knowledge. 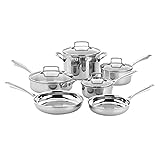 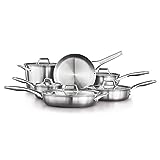 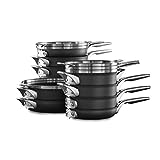